Suddenly the U.S. Is Exporting More Crude Than a Bunch of OPEC Members

Move over, Equatorial Guinea. Slide aside, Gabon. Make room, Ecuador. There's a new major oil exporter on the world stage, and it's the United States of America. Most people know that the shale revolution has turned the U.S. into a big producer of oil, allowing it to become less reliant on imports. What's less known is how much oil it has been shipping abroad lately. U.S. exports in the first three months of 2017 exceeded those of five of the 14 members of the Organization of Petroleum Exporting Countries. The OPEC estimates come from Lloyd's Apex, which supplies its data to the U.S. Energy Information Administration.  Congress outlawed most exports in 1975 in reaction to the Arab oil embargo. As ...
Read more
Posted by Dr. Antony P. Mueller at 11:03 Nenhum comentário:

FEE
Seattle city government is out with a new NBER paper evaluating Seattle’s minimum wage increase to $13 an hour and it finds significant disemployment effects that on net reduce the incomes of minimum wage workers.

Seattle's Minimum Wage Has Been a Disaster, as the City's Own Study Confirms | Alex Tabarrok
How Seattle provides a practical example of minimum wages leading to losses in income and employment
FEE.ORG

Four Reasons Why China's Industries Will Dominate The World By 2030

Forbes
When it comes to industrial dominance, fortunes can change drastically. However, by observing current trends, the ability of China’s industries to soar to the top in 2030 is unmistakable. For almost three decades, China’s economy–powered by its industries–has continued to grow at an astronomical rate. Yet, in the midst of this spectacular growth, a recent slowdown has caused pundits to speculate about the chances its industries will have to continue competing on the world stage. While no one can deny that its economy has stumbled a bit in recent years, and consumption hasn’t enjoyed predictable growth during this period, the truth is that this setback will have little effect on the ability of ...
Read more
Posted by Dr. Antony P. Mueller at 09:35 Nenhum comentário: 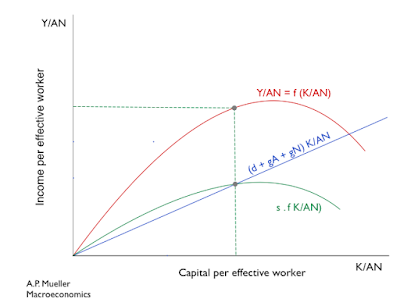 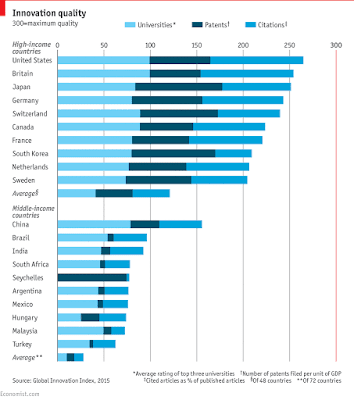 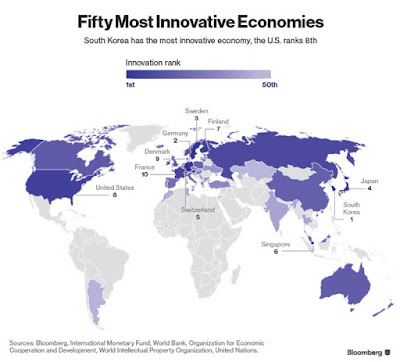 Dealing with Dutch disease | vox - Research-based policy analysis and commentary from leading econom
The recent boom in primary commodity prices has once more stimulated interest in the issue of “Dutch Disease” – the changes in a country’s structure of…
voxeu.org
Posted by Dr. Antony P. Mueller at 19:12 Nenhum comentário:

"Imagine you thought that helping the worst-off was what mattered most, but that free markets were the best way of doing it.
You might be a neoliberal: someone who thinks that lightly-regulated markets, free trade and free movement are the best way to create wealth and innovation domestically and globally, but that the state does have a role to play in redistributing some of the proceeds to the least well-off.
...Ver mais

Neoliberalism is the best system the world has ever known
Imagine you thought that helping the worst-off was what mattered most, but that free markets were the best way of doing it. You might be a neoliberal: some
INEWS.CO.UK 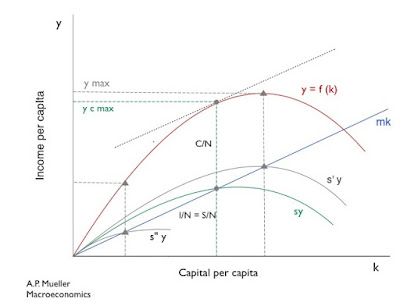 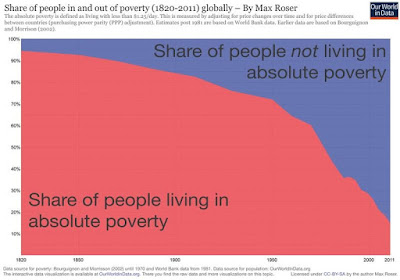 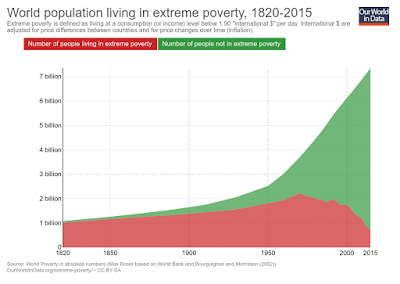 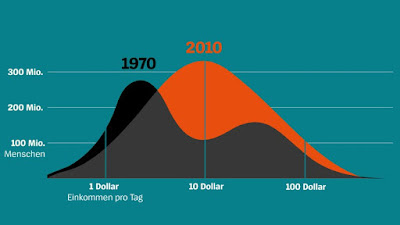 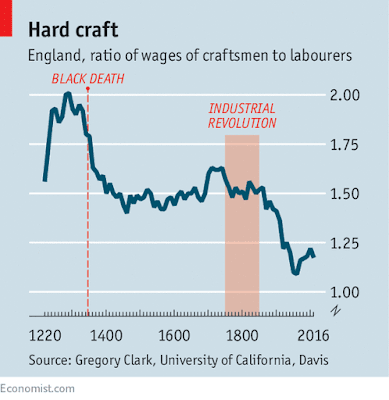 What history says about inequality and technology

The recent rise in earnings for skilled workers is a rare phenomenon
ONE factor behind the rise of income inequality in America over the past four decades is that the labour market has increasingly favoured the well-educated. Real wages for college graduates have risen by over a third since 1963, whereas wages for those without high-school diplomas have dropped. As more of the economy becomes automated, doomsayers worry that the gap between the haves and the have-nots will only grow. History shows, however, that this need not be so.
Mais
Posted by Dr. Antony P. Mueller at 13:45 Nenhum comentário:

What You Should Know about Poverty in America

by Antony Davies and James R. Harrigan
Poverty is a big deal – it affects about 41 million people in the United States every year – yet the federal government spends a huge amount of money to end poverty. How can this be? And how do we even measure poverty in the first place? This week on Words and Numbers, Antony Davies and James R. Harrigan answer these questions and delve into what can be done to help the poor.
TURNS OUT MEASURING POVERTY IS MORE COMPLICATED THAN IT SEEMS, BUT FIXING IT COULD BE EASY
Posted by Dr. Antony P. Mueller at 16:27 Nenhum comentário: 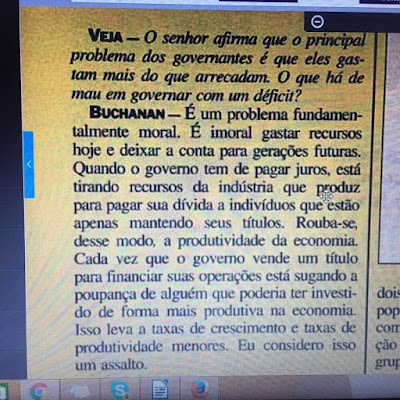 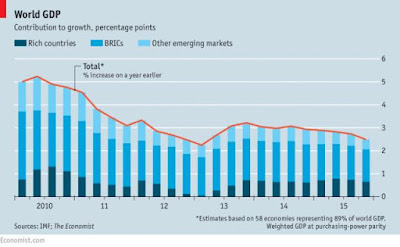 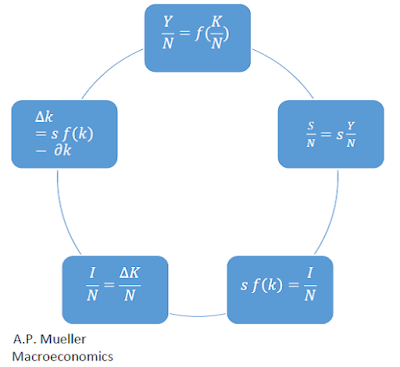 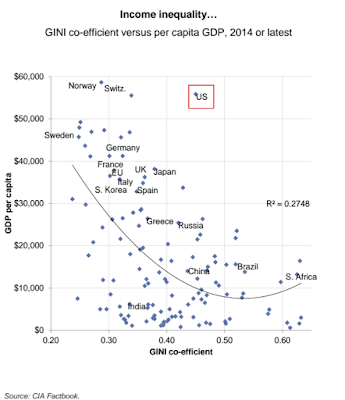 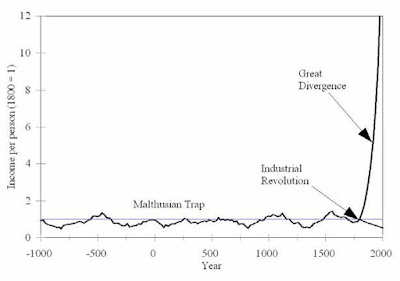 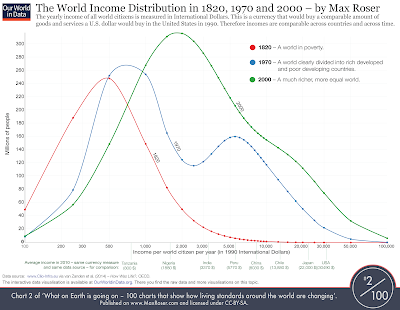 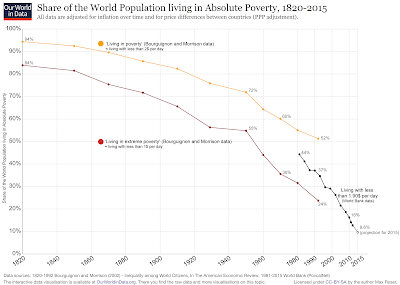 Venezuela’s Road to Disaster Is Littered With Chinese Cash

Foreign Policy Magazine
The Venezuelan and Chinese economies seem like they could hardly have less in common. The Venezuelan government of Nicolás Maduro has looted the state-run oil company Petróleos de Venezuela (PDVSA) to pay for the “Bolivarian revolution,” the socialist movement begun under the late leader Hugo Chávez. With oil prices down, the country is unable even to repair rigs or pay workers to generate income, and the government now faces the prospect of a mass uprising. Meanwhile, half a globe away, China’s gleaming malls stand in stark contrast to Venezuela’s empty shelves. But Venezuela’s ruinous state has more to do with China than one might think — specifically, with Chinese President Xi Jinping’s plan ...
Read more
Posted by Dr. Antony P. Mueller at 17:11 Nenhum comentário:

World Bank: Brazil Is The 'Worst Economy' In Latin America

Forbes
If you discount for the failed state of Venezuela, the worst of the large countries south of the Rio Grande is…Brasil! In terms of economic growth rates, no country in Latin America is growing slower than these guys in 2017, 2018 and 2019, according to a World Bank assessment released June 4. Only tiny, or total basket case economies do worse over the next three years. In real GDP terms, Mexico (EWW) and the tiny Central American states are projected to grow 2.1% in 2017, then 2.4% in 2018 and 2.7% in 2019.  Mexico is the growth driver. Even with Trump’s border wall and anti-NAFTA rhetoric, Mexico is expected to grow at 1.8%, 2.2% and 2.5%. Brazil’s rival, Argentina, will grow at 2.7%, then 3.2% ...
Read more
Posted by Dr. Antony P. Mueller at 17:05 Nenhum comentário: 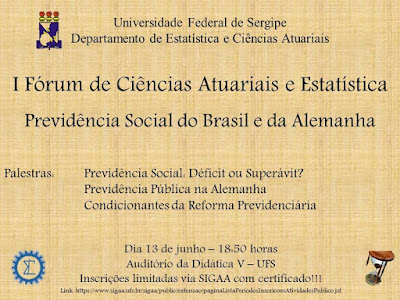 The list begins with books that are easier to read. The list gets progressively more rigorous.
1. What Has Government Done to Our Money? (1964), by Murray Rothbard. This is an easy to read book. It is short: a long article. It introduces a crucial topic, one which is central to Austrian school economics: money. Rothbard's presentation sets forth his view of how central banking has undermined reliable, predictable money.
2. The Case for a 100% Gold Dollar (1962), by Rothbard. This extends his discussion in the first book. It is another long article.
3. Mises on Money (2012), by Gary North. This presents the main ideas of the Austrian theory of the business cycle, as first presented by Mises.
4. America's Great Depression (1963), by Rothbard. This book presents the case against the Federal Reserve in the 1920's and against Herbert Hoover's interventions, 1930-33.
5. Bureaucracy (1944), by Ludwig von Mises. This short book shows the differences between profit management (free market) and bureaucracy (state). It is about 130 pages. It is easy to read. It shows why business techniques of efficiency are useless for reforming government. The funding is different.
6. The Road to Serfdom (1944), by F. A. Hayek. This is the most widely known book from an Austrian standpoint. It was a best-seller. It presents the case against government intervention in the name of liberty, not efficiency. Chapter 10 is great: "Why the Worst Get on Top."
7. Economic Calculation in the Socialist Commonwealth (1920), by Mises. This short book converted a generation of young socialists to the free market. Hayek was one of them. Mises showed how socialism is inherently irrational, for it has no rational pricing system.
8. Socialism (1922), by Mises. This extended his discussion in the previous book. It is the classic book ever written against all forms of socialism.
9. Human Action (1949), by Mises. This is his magnum opus. This was the first book to defend free market economic theory consistently in every area of the economy that is governed by the price system. It is comprehensive as no previous economics book had been.
10. Man, Economy, and State (1962), by Rothbard. This presents Human Action with the paraphernalia of college-level economics. It has lots of graphs. It has lots of footnotes. It is well organized. It is clear, as Rothbard's books always are.
11. Economic Logic (3rd ed.), by Mark Skousen. This is an Economics 1 college textbook. It covers the basics. If you ever have to take a beginning course in economics, read this book in the month before you enroll.
12. Individualism and Economic Order (1948), by Hayek. This is a collection of his articles. The key article is Chapter 4 on decentralized economic knowledge.
Not for the fainthearted:
13. Market Theory and the Price System (1963), by Israel Kirzner. This is an upper division college textbook in price theory. It is tough slogging. It went out of print half a century ago. He never revised it. He later abandoned all traces of the #1 methodological tool of analysis of all such textbooks: equilibrium. The idea of equilibrium is based on a hypothetical and inherently misleading assumption, perfect foreknowledge. Far better is this book:
14. Competition and Entrepreneurship (1973), by Kirzner. He made his academic reputation with this book. It distinguishes between risk and uncertainty, a distinction that goes back to Frank Knight's greatest book, Risk, Uncertainty, and Profit (1921). Mises favorably cited Knight's book in Human Action. Kirzner's book undermines all of the graphs in Market Theory and the Price System. Textbook graphs assume equilibrium. There is no better book refuting equilibrium than Competition and Entrepreneurship. There is not one graph and not one mathematical formula in the book.
Most of these books are available from the Mises Institute, either as printed books or as free PDF's. Skim each one online. If you like it, order a printed version. Then read it, pencil or highlighter in hand.
Mais
Posted by Dr. Antony P. Mueller at 18:04 Nenhum comentário: