Economics in One Lesson by Henry Hazlitt Chapter 1 - "The Lesson"
Assista
Posted by Dr. Antony P. Mueller at 11:03 Nenhum comentário: 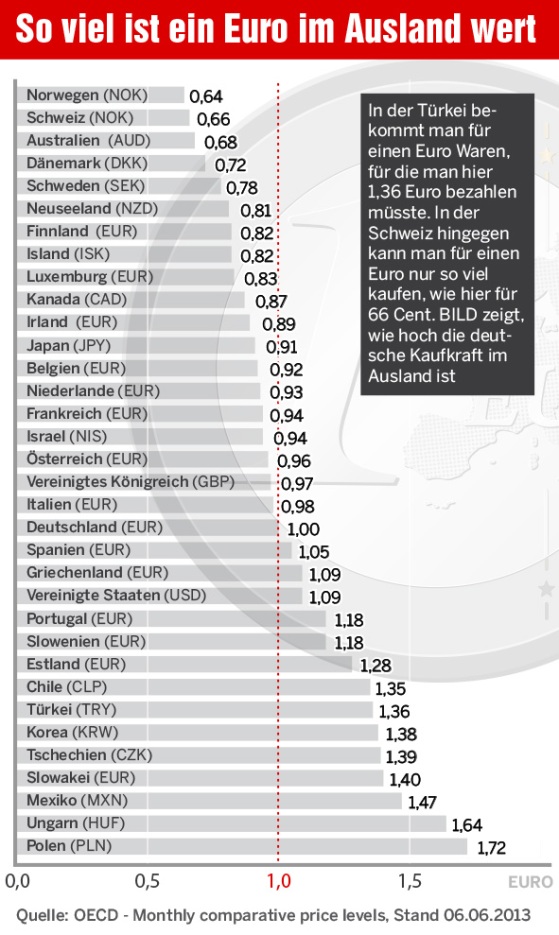 Four Reasons Mexico Is Becoming a Global Manufacturing Power
Mexico is beginning to beat China as a manufacturing base for many companies despite its higher crime rate, according to a new report from Boston Consulting Group. Mexico’s gain is a plus for the U.S. because Mexican factories use four times as many American-made components as Chinese factories do, says the consulting firm. Here are Mexico’s four key advantages:
Mais
Posted by Dr. Antony P. Mueller at 20:53 Nenhum comentário: 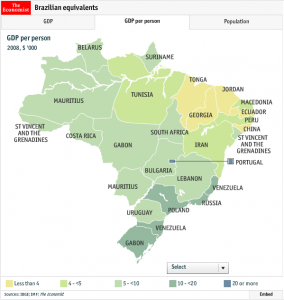 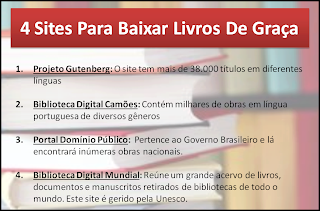 A posição do Brasil no sistema monetário internacional

A conta do inchaço de ministérios no governo Dilma 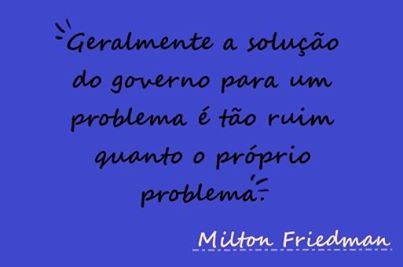 Do Wall Street Journal
By MARY ANASTASIA O'GRADY/WSJ: Behind Brazil's Civil Unrest - (...) But it is worth asking who neatly arranged for the roadblocks and vandalism that broke out across the country after an annual increase in bus fares. There is solid evidence to suggest that it came from disillusioned and radical groups on Ms. Rousseff's left. Protests in Porto Alegre, for example, began under the leadership of the likes of the Socialist and Freedom Party, which was formed by former PT members expelled for resisting Lula's pension reform. Using an anti-status-quo message and social media, organizers have not found it difficult to attract young people of many political persuasions. It is likely that most of them don't know they are being used.
Mais
Posted by Dr. Antony P. Mueller at 21:04 Nenhum comentário:

"Have you ever noticed how statists are constantly "reforming" their own handiwork? Education reform. Health-care reform. Welfare reform. Tax reform. The very fact that they're always busy "reforming" is an implicit admission that they didn't get it right the first 50 times." – Lawrence Reed 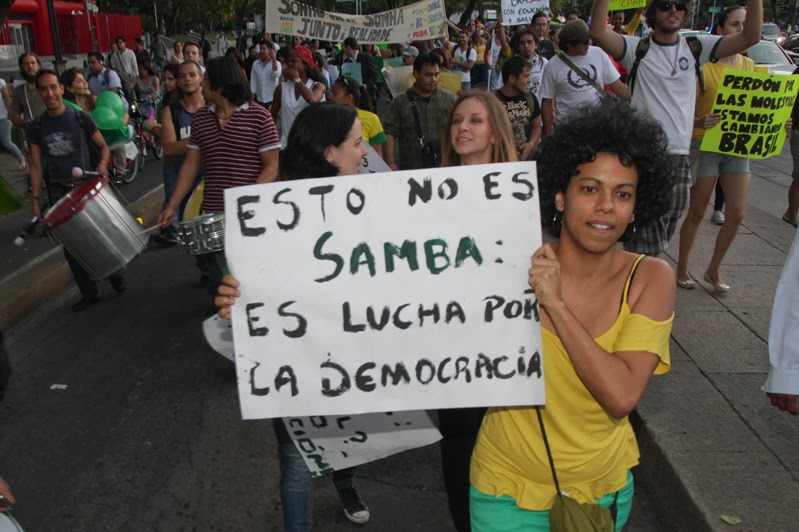 What are the top ten most innovative countries?

The United States, South Korea and Japan are known for inventions and innovation, but where do other countries worldwide fit in?
Bloomberg Rankings recently released the results of an examination of over 200 countries and how they compare in terms of innovation. Measured in seven factors, including research & development intensity, high-tech density, present researchers, manufacturing capabilities, levels of education and patent activity, each country was ranked on a scale of 0 to 100 percent. An average score was given for countries that had “sufficient” data for at least five of the seven categories.
R&D intensity was based on research and development as a percentage of GDP, productivity on GDP per employee and per hour worked, and high-tech density is based on the percentage of publicly-listed companies who specialize in areas including aerospace, defense, biotechnology, Internet software and renewable energy firms.
The concentration of researchers was quantified based on how many research & development staff exist for every one million people, manufacturing capabilities were measured through GDP, and patent activity on resident patent filings per million people and for every one million spent in research and development. Finally, tertiary efficiency is explained as the enrollment ration in all subjects for post-secondary students and the graduation of those who majored in science, engineering, manufacturing and construction.
Which countries came on top?
1. United States
2. South Korea
3. Germany
4. Finland
5. Sweden
6. Japan
7. Singapore
8. Austria
9. Denmark
10. France
The “Bloomberg Innovation Quotient” is based on data from Bloomberg, World Bank, World Intellectual Property Organization, Conference Board, OECD, and UNESCO. For the full list, check out Bloomberg’s 50 Most Innovative Countries list.
Posted by Dr. Antony P. Mueller at 00:20 Nenhum comentário:

one lawyer on every 326 Brazilians
Posted by Dr. Antony P. Mueller at 00:20 Nenhum comentário: 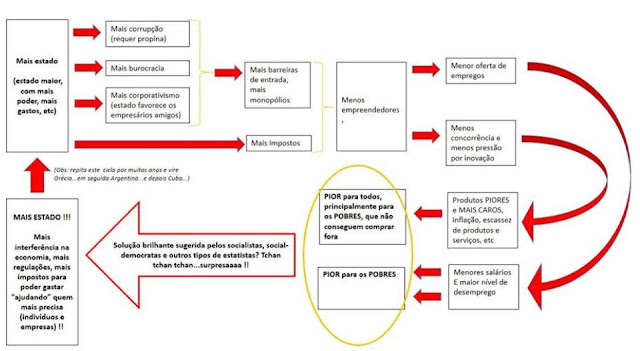 "... Therefore, even though the [WWII] wartime administration imposed extraordinarily pervasive and forceful controls on the economy, investors and businessmen confidently regarded those controls as temporary.
The speed with which the controls were removed – most of them in 1945 and most of the rest in 1946 – validated that confidence and encouraged investors and businessmen to act, for the first time since the early 1930s, as if their property rights in their capital and the income it generated would remain reasonably secure.  Without that outlook, which elsewhere I have called “regime uncertainty,” the other measures that tended to make the transition a success would have availed relatively little.  Restoring the regime certainty of investors and business people was a necessary condition for the transition to a prosperous postwar economy; nothing could substitute for it, and without it, the economy probably would have fallen back into depression before long, if not immediately..."
Mais
Posted by Dr. Antony P. Mueller at 16:45 Nenhum comentário:

By Russell Lamberti
I despair at the state and quality of economic debate these days. Time and again we are subjected to editorials, debates and conference discussion forums in which progressive elites assure us that ‘Capitalism’ is terminal, having been once and for all irrefutably and devastatingly discredited.  For these progressive intellectuals, the current global financial crisis is an ideological godsend, akin to the mainstream Right’s revelry in the collapse of the Soviet Union.
In almost every instance I’m referring to, Capitalism is defined as the unfettered free market system. This is perfectly fine as it goes, but this is not the source of my despair. My despair lies with the utterly false misconception that the system that fostered the global economic crisis was a capitalistic one. That is, to argue that the unfettered free market was responsible for our present crises is to completely miscomprehend the nature of our political economy and the set of conditions that precipitated near total financial calamity.
Mais
Posted by Dr. Antony P. Mueller at 16:33 Nenhum comentário: 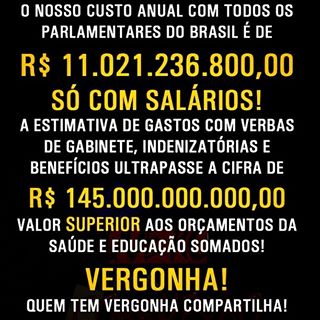 “Money will never disappear; it will merely change its shape; that is the reality." 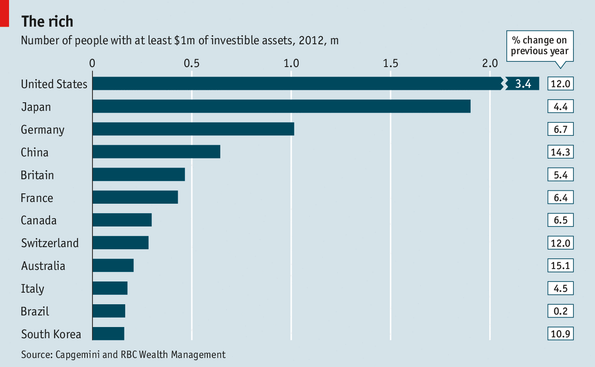 Meet the Economists Who Have Explained Every Crisis Of the Last Century (No, Krugman Isn't One Of Them)

Meet the Economists Who Have Explained Every Crisis Of the Last Century (No, Krugman Isn't One Of Them)
Many people still believe the economic mess we wallow in was either unpredictable or caused by massive deregulation — despite the fact that government activity never really decreased. Both assertions are false. Every single economic crisis of the past 100 years was predictable (and sometimes predicted) and caused by government intervention in the economy.
In fact, it seems some people in 2013 have started realizing it. Dr. Emanuele Canegrati, senior economist for the Italian Parliament, even went on to say that Ludwig Von Mises, late Austrian-born U.S. economist, and his Austrian School of economics were right with their theories on economic cycles and inflation.
What is this theory? Despite what Keynesians like Paul Krugman claim, Austrian economics is not a cult. It is a serious science based on praxeology, or the study of human action and choice. Unlike atoms or animals in laboratories, it is nearly impossible to study the actions of humans in an experimental setting, since it is nearly impossible to have ceteris paribus (everything else remaining equal) conditions. Therefore, praxeology can only analyze the effects, not the motivations, of human behavior. Nonetheless, it goes a long way toward explaining the theories of Austrian economics.
Mais
Posted by Dr. Antony P. Mueller at 16:53 Nenhum comentário: 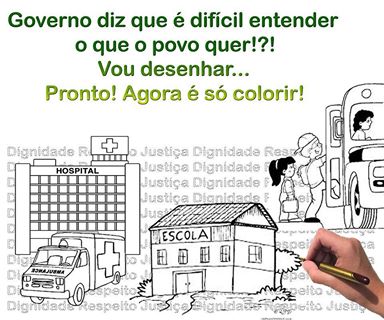 A posição do Brasil no sistema monetário internacional