Credit-Default Swap Risk Bomb Is Wired to Explode: Mark Buchanan
The European sovereign debt crisis stands as the latest in a long line of similar crises. Argentinain 2001. Russia in 1998. Mexico in 1994. The list goes back into history. Debt crises are about as natural as earthquakes, but this time there is something different -- and possibly more dangerous.
The European nations are linked in a network of debts, as Bill Marsh recently illustrated in the New York Times with a beautiful piece of graphic art. Greece and Italy are prominent; Ireland, Portugal and Spain lurk ominously nearby. France and Germany seem exposed, too, as does the U.S.
Mais
Posted by Dr. Antony P. Mueller at 14:26 Nenhum comentário:

Facing the Challenge of Global Turmoil.
The Position of Brazil in the International Monetary System (Áudio Podcast)
20 de Abril de 2011

"The Origin of the Crisis", Back on the Road to Serfdom. The Resurgence of Statism,
ed. by Thomas E. Woods,
ISI, Washington, DC, 2011


The buidling blocks of economic growth

Oct 27th 2011, 17:15 by H.G. | LONDON
ECONOMISTS Ricardo Hausmann, of Harvard Univeristy, and César Hidalgo, of the Massachusetts Institute of Technology, have just released the absorbing (and very visually appealing) Atlas of Economic Complexity. It builds on their earlier work which we wrote about here. Mr Hidalgo is a physicist who applies his knowledge of networks to economics.
Mais
Posted by Dr. Antony P. Mueller at 11:25 Nenhum comentário: 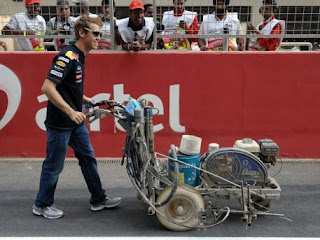 How to obtain this publication | Additional information
Posted by Dr. Antony P. Mueller at 22:30 Nenhum comentário: 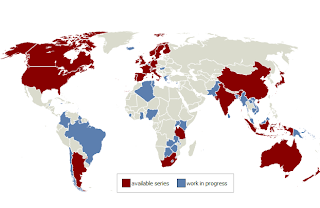 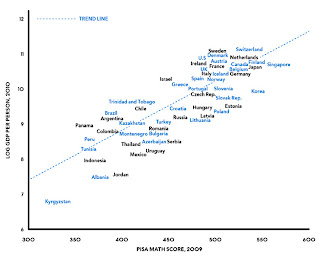 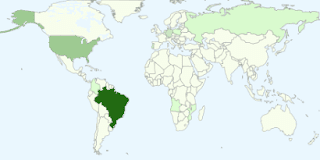 Capital Inadequacies: The Dismal Failure of the Basel Regime of Bank Capital Regulation

The Basel regime is an international system of capital adequacy regulation designed to strengthen banks' financial health and the safety and soundness of the financial system as a whole. It originated with the 1988 Basel Accord, now known as Basel I, and was then overhauled. Basel II had still not been implemented in the United States when the financial crisis struck, and in the wake of the banking system collapse, regulators rushed out Basel III.
In this paper, we provide a reassessment of the Basel regime and focus on its most ambitious feature: the principle of "risk-based regulation." The Basel system suffers from three fundamental weaknesses: first, financial risk modeling provides the flimsiest basis for any system of regulatory capital requirements. The second weakness consists of the incentives it creates for regulatory arbitrage. The third weakness is regulatory capture.
The Basel regime is powerless against the endemic incentives to excessive risk taking that permeate the modern financial system, particularly those associated with government-subsidized risk taking. The financial system can be fixed, but it requires radical reform, including the abolition of central banking and deposit insurance, the repudiation of "too big to fail," and reforms to extend the personal liability of key decisionmakers — in effect, reverting back to a system similar to that which existed a century ago.
The Basel system provides a textbook example of the dangers of regulatory empire building and regulatory capture, and the underlying problem it addresses — how to strengthen the banking system — can only be solved by restoring appropriate incentives for those involved.
Texto completo
Posted by Dr. Antony P. Mueller at 01:24 Nenhum comentário:

You say goodbye - I say hello

Resposta:
A dívida do governo dos Estados Unidos vai chegar a 100 por centos do PIB no dia do Halloween - 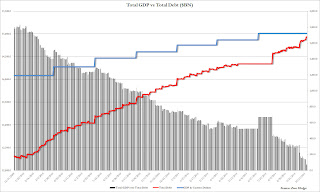 A teoria do capital e o papel do empreendedor 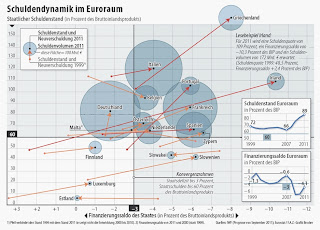