NASSIM TALEB: My Moral Obligation Is To Destroy The Economic Establishment, And I Will

"... This is why Machlup (1955, p. 19) talks about "illustration", rather than "empirical testing" of a theory. The empirical illustration of a theory is not a deductive proof, but a non-disconfirmation.

This does not mean complete frustration of all attempts to verify our economic theories. But it does mean that the tests of most of our theories will be more nearly the character of illustrations than of verifications of the kind possible in relation with repeatable controlled experiments or with recurring fully identified situations. And this implies that our tests cannot be convincing enough to compel acceptance, even when majority of reasonable men in the field should be prepared to accept them as conclusive, and to approve the theories so tested as ‘non-disconfirmed,’ that is, as ‘O.K.’ ..."
Mais
Posted by Dr. Antony P. Mueller at 19:52 Nenhum comentário:

Uncertainty Is the Enemy of Recovery

At Vanguard, we estimate that policy uncertainty has created a $261 billion drag on the U.S. economy.

Anyone hoping for signs of a healthy economic recovery was disappointed by lower-than-expected GDP growth for the first quarter of 2013—a mere 2.5%, far short of the forecast 3.2%. Meanwhile, the stock market continues to soar, hitting record levels in recent weeks. It's a striking disconnect, and one that is discouraging and confusing for Americans as they seek to earn a living and save for the future.
Companies and small businesses are also dealing with the same paradox. Many are in good shape and have money to spend. So why aren't they pumping more capital back into the economy, creating jobs and fueling the country's economic engine? 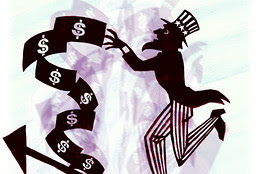 David Klein
Quite simply, if firms can't see a clear road to economic recovery ahead, they're not going to hire and they're not going to spend. It's what economists call a "deadweight loss"—loss caused by inefficiency.
Today, there is uncertainty about regulatory policy, uncertainty about monetary policy, uncertainty about foreign policy and, most significantly, uncertainty about U.S. fiscal policy and the national debt. Until a sensible plan is created to address the debt, America will not fulfill its economic potential.
Uncertainty comes with a very real and quantifiable price tag—an uncertainty tax, so to speak. Over the past two years, amid stalled debates in Washington and missed opportunities to tackle the debt, the magnitude of this uncertainty tax has gotten short shrift.
Three economists, Stanford University's Nicholas Bloom and Scott Baker and the University of Chicago's Steven Davis, have done invaluable work measuring the level of policy uncertainty over the past few decades. Their research (available at policyuncertainty.com) shows that, on average, U.S. economic policy uncertainty has been 50% higher in the past two years than it has been since 1985.
Mais
Posted by Dr. Antony P. Mueller at 19:22 Nenhum comentário: 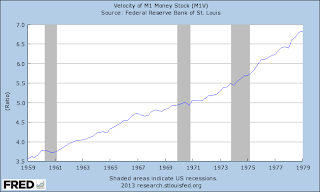 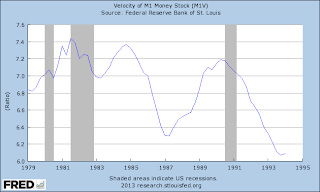 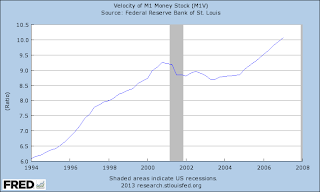 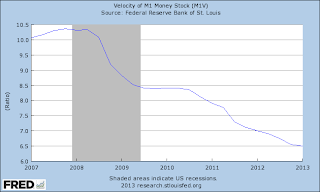 US GDP is about to get a lot bigger

The economy will grow by 3% in July because of a shift in how the government measures output, especially of intangible assets.

By Bruce Kennedy
Starting in July, the U.S. gross domestic product will officially jump by 3%. The change isn't due to some miraculous economic event but rather from a shift in the way the government looks at statistics in the digital age.
Mais
Veja tambem as novas normas oficias do sistema das contas nacionais
http://unstats.un.org/unsd/nationalaccount/sna2008.asp
Posted by Dr. Antony P. Mueller at 23:16 Nenhum comentário:

President Franklin Roosevelt's "New Deal," has long been credited with rescuing the nation from the Great Depression of the 1930's. Lee Ohanian, Professor of Economics at UCLA, challenges this conventional wisdom in a provocative examination of FDR's economic policies.
Vídeo aula
http://www.prageruniversity.com/History/Did-FDR-End-or-Extend-the-Depression.html
Posted by Dr. Antony P. Mueller at 10:40 Nenhum comentário: 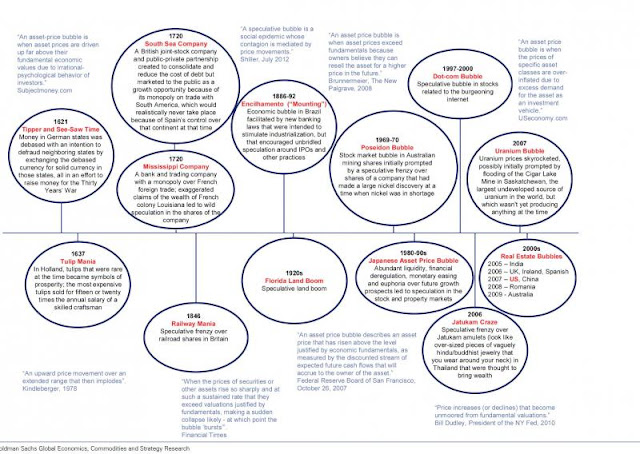 We cannot understand our fundamental financial problems if we do not understand the proper use of credit. Credit has a key role in capitalism; credit-starved economies are underdeveloped economies, as economist Hernando De Soto explained in his masterwork, The Mystery of Capital: Why Capitalism Triumphs in the West and Fails Everywhere Else.
In the chronically underdeveloped economies De Soto describes, households have assets--land, dwellings, small businesses--but since the assets do not have legally recognized status as "property" (because the system for recognizing and registering property is both cumbersome and corrupt), they cannot act as collateral for borrowed capital, i.e. loans.
As a result, the majority of the assets are "dead capital," difficult to sell, pass on to future generations or use as collateral.
Great fortunes are built on the proper use of credit. The borrower needs capital to expand his/her enterprise, and the lender needs a fast-growing enterprise with collateral and an income stream to support a low-risk, high-yield loan.
We can profitably look to Colonial America as an example of a credit-starved economy. In the wake of the Revolutionary war and the ratification of the Constitution (1789), the U.S. financial system was a mess: debts left by the war burdened the new government, which historian Thomas McCaw noted "started on a shoestring and almost immediately went bankrupt."
Differing views on the role of the central government, central bank and credit splintered the political elite, with Hamilton squaring off against Madison and Jefferson (though Madison's views were by no means identical to Jefferson's).
Meanwhile, in the real economy, ordinary farmers and entrepreneurs were desperate for long-term credit to fuel their rapidly growing enterprises. Though states were banned by the Constitution from issuing their own currency, states got around this prohibition by granting bank charters. The banks promptly issued the credit that an entrepreneurial economy needed.
The political elite, regardless of their differences, were appalled by this explosion of privately issued and essentially unregulated credit, but this access to credit--turning "dead capital" into collateral--fueled the astonishing growth of the U.S. economy in the 1790s and early 1800s.
The American economy in this phase was anything but orderly or well-regulated.Wild and risky better describe the financial and commercial chaos of the era, but this untamed capitalism led to more successes than failures, and the bankrupt enterprises and busted banks were absorbed by the fast growth of the real economy.
This chaotic explosion of credit and entrepreneurial drive was the opposite of central planning. Risk was everywhere; security in today's meaning did not exist.
The key to the proper use of credit is that it is invested in productive enterprises at a high rate of return. Risk cannot be eliminated, it can only be suppressed or transferred to others. This is the lesson of Benoit Mandlebrot's masterpiece, The Misbehavior of Markets: A Fractal View of Financial Turbulence.
All the complex machinations of the financial magicians in the 2000s to eliminate risk failed, for the profound reasons Mandlebrot explains.
A high rate of return (i.e. a high interest rate) leads lenders to transparently accept risk, and entrepreneurs to only borrow for the highest-return enterprises. A low-yield, high-risk investment is not worth funding. We call these mal-investments or unproductive uses of capital.
In our era, the Federal Reserve and Federal policies have massively incentivized mal-investment and unproductive uses of capital. Low interest rates destroy the needed discipline on both lenders and borrowers to only risk capital in the highest-return, lowest risk uses.
The Keynesian Cargo Cult's blind spot is they do not distinguish between productive and unproductive uses of capital. A bridge to nowhere is equally as worthy as a truly productive investment to Keynesians, because their cult believes that any borrowed-and-spent money is equally good at boosting their false idol, "aggregate demand."
But a truly productive investment of capital has a multiplier effect; it stimulates not just consumption but increased output and productivity. Mal-investments (duplicate MRI tests, McMansions built in the middle of nowhere, etc.) have no multiplier effect because they are simply forms of consumption--they are not even investments, though they are presented as investments by those feeding at the Federal/Federal Reserve trough of zero-interest credit and "free money" distributed by the government.
For credit to be productive, there must first be productive uses for the capital. In an economy with over-capacity in virtually every sector, a massive surplus of labor, a predatory financial sector and a grossly inefficient government in thrall to crony-capitalist cartels, truly productive investments are few and far between.
Instead we borrow trillions of dollars to squander on wasteful consumption and claim it's an "investment." Consumption is not investment, but this simple truth is taboo in our financialized, centrally planned Empire of Mis-Allocated Capital.
Fonte
Posted by Dr. Antony P. Mueller at 18:56 Nenhum comentário: 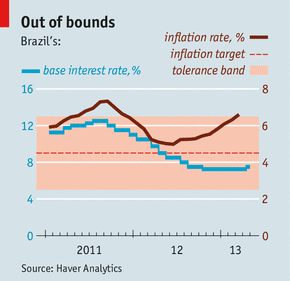 Bacha Sobre a desindustrialização do Brasil 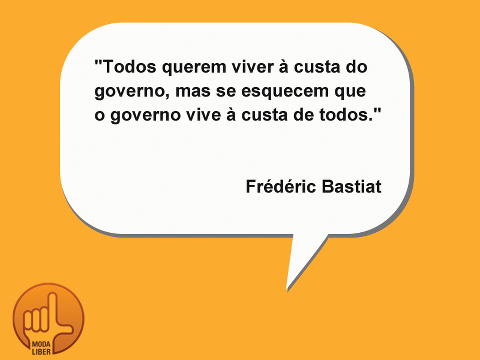 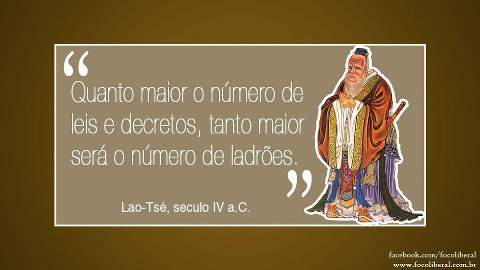 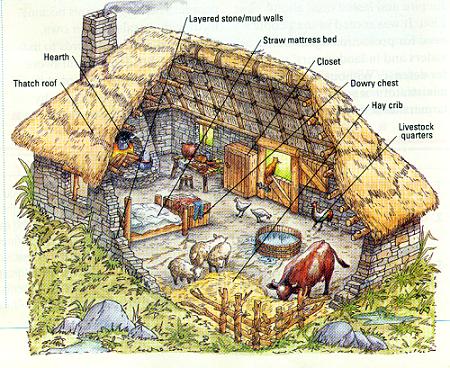 The Overwhelming Empirical Case Against Patent and Copyright

by Stephan Kinsella on October 23, 2012
Below is an excerpt adapted from my draft paper “Law and Intellectual Property in a Stateless Society,” collecting and summarizing just some of the empirical case against patent and copyright.
Mais
Posted by Dr. Antony P. Mueller at 20:51 Nenhum comentário: 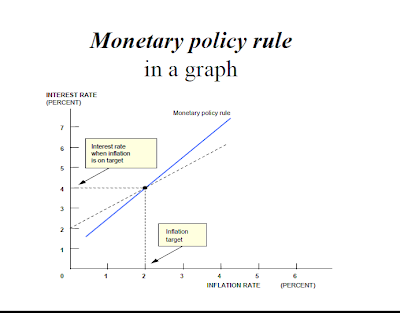 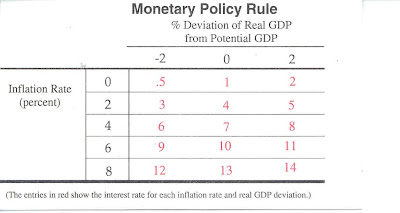 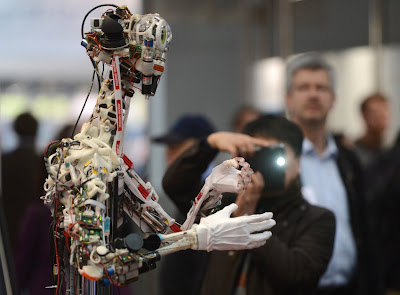 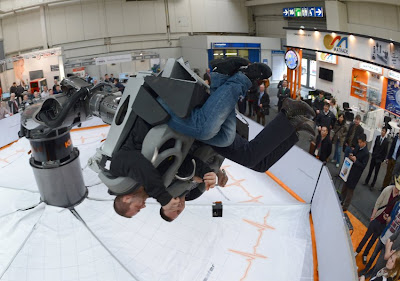 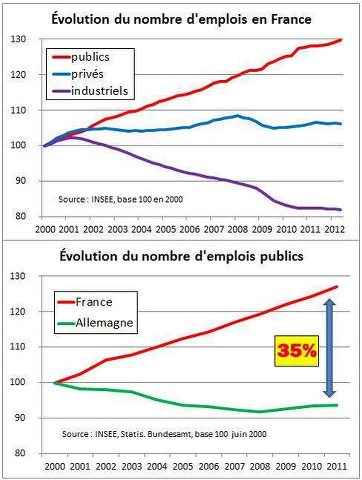