"... we can learn to manage complex systems... But it demands humility. And I would add, along with humility, managing complex systems also demands the ability to admit we are wrong, and to change course. If you manage a complex system you will frequently, if not always, be wrong. You have to backtrack. You have to acknowledge error... And one other thing. If we want to manage complexity, we must eliminate fear. Fear may draw a television audience. It may generate cash for an advocacy group. It may support the legal profession. But fear paralyzes us. It freezes us. And we need to be flexible in our responses, as we move into a new era of managing complexity. So we have to stop responding to fear...--
Michael Crichton
Posted by Dr. Antony P. Mueller at 14:03 Nenhum comentário: 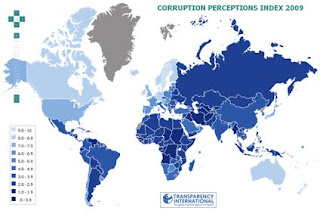 "... Brazilians have learned to temper their optimism with caution—even now, when the country is enjoying probably its best moment since a group of Portuguese sailors (looking for India) washed up on its shores in 1500. Brazil has been democratic before, it has had economic growth before and it has had low inflation before. But it has never before sustained all three at the same time. If current trends hold (which is a big if), Brazil, with a population of 192m and growing fast, could be one of the world’s five biggest economies by the middle of this century, along with China, America, India and Japan..."
Leia mais no survey do The Economist sobre o Brasil.
Posted by Dr. Antony P. Mueller at 04:05 Nenhum comentário: 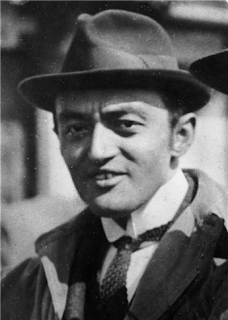 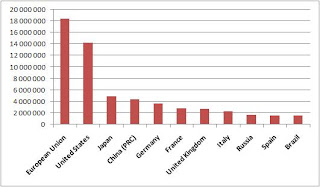 Reuters:
"When it comes to managing the business cycle, Keynesian and laissez faire economics have failed rather spectacularly, their prescriptions leading to increasingly violent bubbles and busts. For this reason there have been calls for a “new economics.” To get there, perhaps we just need to rediscover forgotten economists like Hyman Minsky and Ludwig von Mises..."
Leia mais sobre Minsky e Mises
Mais recursos: The Minsky Moment
Ludwig von Mises sobre Inflação e Deflação 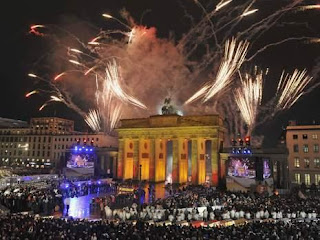 WASHINGTON – The unemployment rate has surpassed 10 percent for the first time since 1983 — and is likely to go higher. Nearly 16 million people can't find jobs even though the worst recession since the Great Depression has apparently ended. The Labor Department said Friday that the economy shed a net total of 190,000 jobs in October, less than the downwardly revised 219,000 lost in September. August job losses were also revised lower, to 154,000 from 201,000. But the loss of jobs last month exceeded economists' estimates. It's the 22nd straight month the U.S. economy has shed jobs, the longest on records dating back 70 years. Counting those who have settled for part-time jobs or stopped looking for work, the unemployment rate would be 17.5 percent, the highest on records dating from 1994...."
Leia mais
Posted by Dr. Antony P. Mueller at 10:47 Nenhum comentário:

The 2010 Conference
As in the case of the previous Schumpeter Conferences, the 2010 Conference at Aalborg University serves as an opportunity for both established scholars and young researchers to present research that has a Schumpeterian perspective. The major topic of the 2010 conference is "Innovation, Organisation, Sustainability and Crises". But the conference more generally embraces micro-studies of the innovation, routine and selection as well as studies of the macro-problems of Schumpeterian growth and development as a process of "creative destruction". The broad range of issues implies that both economists, business economists, and other social scientists can contribute to the conference and that evidence may be provided by statistical and historical methods as well as other methods.
Leia mais
Posted by Dr. Antony P. Mueller at 09:48 Nenhum comentário:

Keith Fitz-Gerald do Minyanville Investimentos explica:
"Everything we know about classic economic theory suggests the US economy should be experiencing Zimbabwe-like hyperinflation right now, thanks to the nearly $2.2 trillion the US Federal Reserve has pumped into the system.
But we’re not... yet.
Classic economic theory says that money supply can be used to stimulate the economy and our central bankers seem to agree. That’s why they’ve pumped more than $1 trillion dollars into the economy, engineered countless bailout bonanzas for zombie institutions, put Detroit on life support, and delivered a bunch of financial Band-Aids to the trauma ward -- all in a desperate bid to make Americans feel better about the global financial crisis.
To their way of thinking, the trillions of dollars have been a success. That’s why any meeting of the Group of Eight nations looks more like a mutual affection society with central bankers eager to claim credit and backslap each other in congratulations for having avoided the “Great Depression II.”
But by taking the Federal balance sheet to more than $2 trillion from $928 billion 2008, they’ve created a situation that should have resulted in an epic inflationary spike to accompany the 137% increase in liabilities.
Yet that hasn’t quite happened.
Core inflation -- which denotes consumer prices without food and energy costs -- has actually decreased from 2.5% in 2008 to 1.5% presently. And that has many investors who have heard the siren call of the doom, gloom, and boom crowd wondering if they’re worried about nothing.
So what gives?
Well, there are four reasons we haven’t yet seen hyperinflation:
1. Banks are hoarding cash.
Despite having received trillions of dollars in taxpayer-funded bailouts and lived through a litany of shotgun weddings designed to reinvigorate the shattered lending markets, most banks are actually hoarding cash.
So instead of lending money to consumers and businesses like they’re supposed to, banks have used taxpayer dollars to boost their reserves by nearly 20-fold, according to the Fed. The money the bailout was supposed to make available to the system is actually not passing “Go,” but rather getting stopped by the very institutions that are supposed to be lending it out.
Three-year average annualized loan growth rates were 9.6% before the crisis; now they are shrinking by 1.8%, according to Money magazine.
2. The United States exports inflation to China, which remains only too happy to continue to absorb it.
What this means is that low-priced products from China help keep prices down here. And this is critical to something that many in the “China-is-manipulating-their-currency” crowd fail to grasp. If China were to un-peg the yuan and let it rise by the 60% or more it’s supposedly undervalued by, we’d see a jump in prices here in everything from jeans to tennis shoes, toys, medical equipment, medicines, and anything else we import in bulk from China.
Chances are, the shift wouldn’t be dollar-for-dollar or even dollar-for-yuan, but there’s no doubt it would be significant. Many economists I’ve talked to privately think 25% to 35% is probable. So the next time you hear a “Buy American” extremist, you might want to share this little inconvenient truth.
Now, before I get a bunch of hate mail about this, let me just say I want to “Buy American” too. I’m all for supporting our native industry and our own domestic job markets. But in today’s world, “made anywhere” is really hard to do and even harder to support.
The interconnected nature of businesses and global manufacturing chains, not to mention the payment system, makes that nearly impossible. Granted, perhaps that’s part of the problem, but that’s a subject for another time. The lessons we learned in the 1930s are clear, and they must be acknowledged -- protectionism only makes matters worse, no matter how we feel about it personally.
3. Consumers are still cutting back.
Therefore, the spending that normally helps pull demand through the system is simply not there. I don’t know how things are in your neighborhood, but where I live, people are still cutting back.
Indeed, data from the US Department of Commerce and the Federal Reserve Board show that consumer spending growth averaged 1.4% a year prior to the crisis and is now shrinking at a rate of 0.7%. What this means is that people have figured out that it’s more important to save money than it is to spend it.
And, given that consumer spending makes up 70% or more of the US economy, this is a monumental change in behavior that all but banishes the last vestiges of the “greed is good” philosophy espoused by Michael Douglas as Wall Street pirate Gordon Gekko in 1987.
4. Businesses continue to cut back rather than hire new workers.
Therefore, wages and wage inflation figures are lower than they would be if the economy was truly healthy and the stimulus was working.
This is especially tough to stomach because it means people are still being marginalized, laid off, and “part-timed” instead of being hired. And that means that most of the earnings growth we’ve seen this season has come from expense reductions rather than top line sales growth -- and those are two very different things.
But while this is tough, it’s also helped keep inflation lower than it would otherwise be. Prior to the financial meltdown, job growth averaged about 1% a year over the last three years, now it’s falling by 4.2%.
The upshot?
Any one of these factors could change at any time. And that means investors who are relying on the Fed’s version that everything is okay and that the government is managing inflation may be in for a rude awakening.
The only thing the Fed is doing is managing to manipulate the data, and even then, not very well."
Fonte
Posted by Dr. Antony P. Mueller at 08:35 Nenhum comentário:

Companies included in the DJIA

The Dow Jones Industrial Average consists of the following 30 companies:[2]