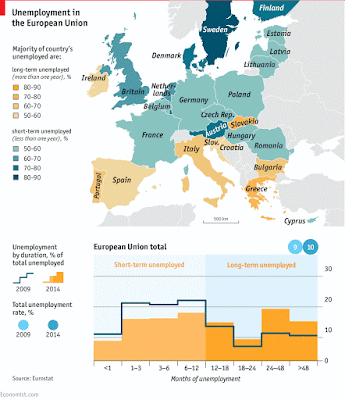 Private schools are booming in poor countries. Governments should either help them or get out of their way

Aug 1st 2015 | From the print edition
ACROSS the highway from the lawns of Nairobi’s Muthaiga Country Club is Mathare, a slum that stretches as far as the eye can see. Although Mathare has virtually no services like paved streets or sanitation, it has a sizeable and growing number of classrooms. Not because of the state—the slum’s half-million people have just four public schools—but because the private sector has moved in. Mathare boasts 120 private schools.
This pattern is repeated across Africa, the Middle East and South Asia. The failure of the state to provide children with a decent education is leading to a burgeoning of private places, which can cost as little as $1 a week (see article).
Mais
Posted by Dr. Antony P. Mueller at 18:10 Nenhum comentário: 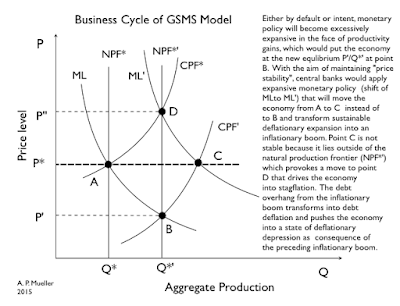 A mitologia do "new deal"

The Mythology of Roosevelt and the New Deal
By Robert Higgs  |  Posted: Tue. September 1, 1998Also published in The Freeman


The Great Depression was a watershed in American history. Soon after Herbert Hoover assumed the presidency in 1929, the economy began to decline, and between 1930 and 1933 the contraction assumed catastrophic proportions never experienced before or since in the United States. Disgusted by Hoover’s inability to stem the collapse, in 1932 the voters elected Franklin Delano Roosevelt, along with a heavily Democratic Congress, and set in motion the radical restructuring of government’s role in the economy known as the New Deal.

With few exceptions, historians have taken a positive view of the New Deal. They have generally praised such measures as the massive relief programs for the unemployed; the expanded federal regulation of agriculture, industry, finance, and labor relations; the establishment of a legal minimum wage; and the creation of Social Security with its old-age pensions, unemployment insurance, and income supplements for dependent children in single-parent families, the aged poor, the physically handicapped, and the blind. In the construction of the American regulatory and welfare state, no one looms larger than FDR.
Mais
Posted by Dr. Antony P. Mueller at 21:28 Nenhum comentário:

By Douglas A. McIntyre
The IMF's recent "consultation" with Germany showed that its economy has no major weaknesses. The consultations involve the IMF sending its staff to a country for conversations with local financial leaders. An IMF report is the result of this work.
Mais
Posted by Dr. Antony P. Mueller at 17:55 Nenhum comentário: 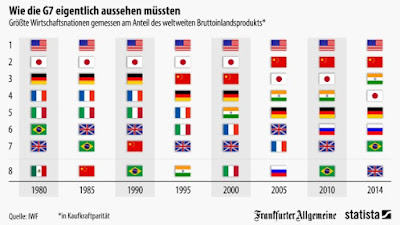 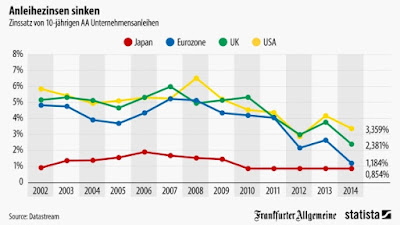 The building blocks of economic growth

ECONOMIST Ricardo Hausmann, of Harvard Univeristy, and César Hidalgo, of the Massachusetts Institute of Technology, have just released the absorbing (and very visually appealing) Atlas of Economic Complexity. It builds on their earlier work which we wrote about here.
Mais
Posted by Dr. Antony P. Mueller at 23:29 Nenhum comentário: 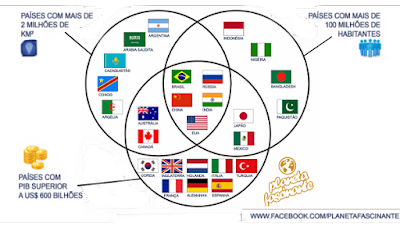 All eyes are on Greece, as the parties involved continue to strive for a lasting deal, spurring vigorous debate and some sharp criticisms, including of the IMF.
In this context, I thought some reflections on the main critiques could help clarify some key points of contention as well as shine a light on a possible way forward.
The main critiques, as I see them, fall under the following four categories:
Posted by Dr. Antony P. Mueller at 08:07 Nenhum comentário: 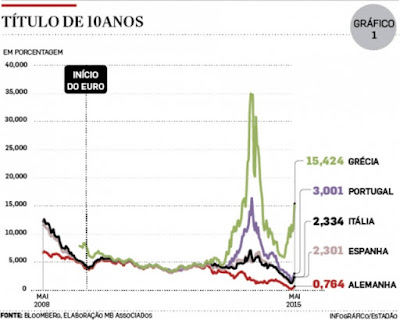 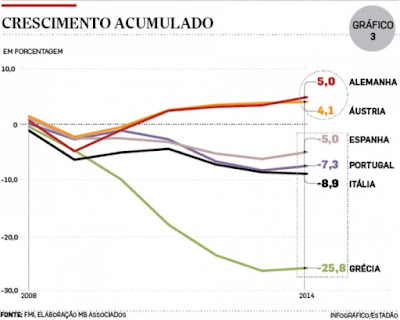 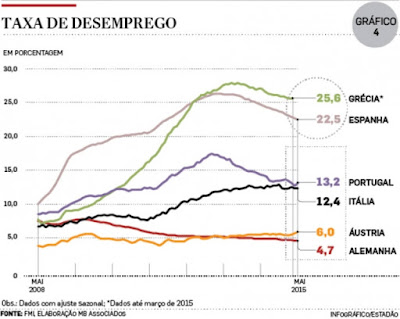 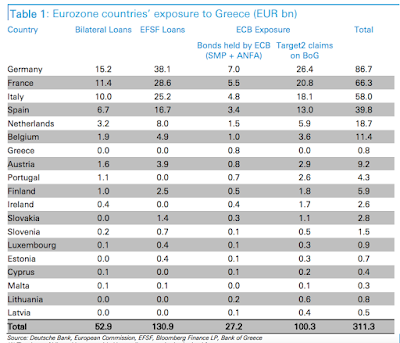 Sei Shiroma is, frankly, a tiny player in Brazil’s $2 trillion economy. A 29-year-old immigrant from New York, he runs a pizzeria out of the ground floor of an old apartment building near downtown Rio de Janeiro. The place seats, when tightly packed, maybe 10 people.
But Shiroma’s saga as an aspiring entrepreneur, and the bitter attitude it instilled in him, underscore one of the great ills plaguing Latin America’s biggest economy. It can be excruciatingly painful to open -- and then operate -- a business in Brazil.
Shiroma refers to the months he spent last year supervising construction and tracking down documents needed to open the restaurant as the worst time of his life. And then he delivers a damning verdict: When he expands his business, he may go somewhere in Europe rather than trying to open another pizzeria in Brazil.
“I’m still recuperating emotionally,” Shiroma says.
While Brazil’s long slide into its worst recession in 25 years has any number of high-profile causes -- from ballooning federal debt to the corruption scandal paralyzing the oil industry -- the government’s inability to untangle this bureaucratic mess is a key factor too, acting as an impediment to investment. It is one of the many structural reforms the country failed to address during the boom years of the previous decade, when soaring prices for its commodity exports papered over the gaping holes in the economy.
In the World Bank’s “Doing Business 2015” list, Brazil ranks 120th out of 189 countries. That puts it behind nations like Nicaragua, Swaziland and Lebanon. It takes 103 days to open a business in Sao Paulo, the study shows. In Mexico City, it takes six days. Four in New York City. Getting a construction permit, meanwhile, can take 400 days in Sao Paulo, more than four times the wait in Mexico City and New York.
Mais
Posted by Dr. Antony P. Mueller at 11:08 Nenhum comentário: 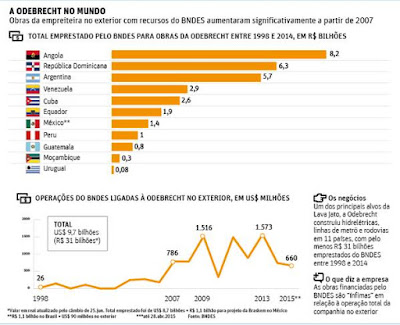 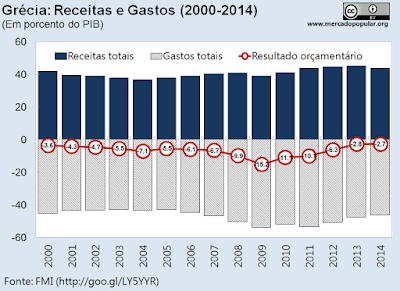 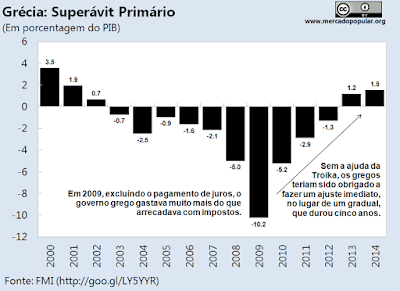 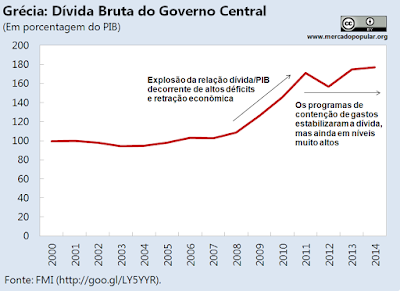 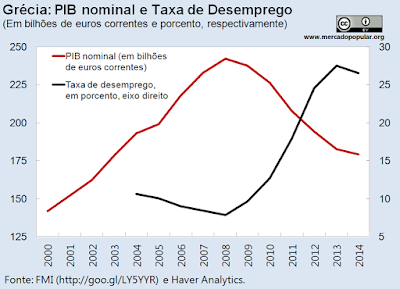 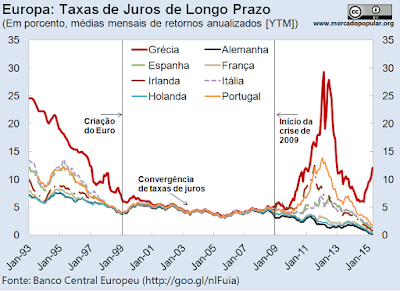 "O que suporta e emprega trabalho produtivo é o capital dispendido em defini-lo para o trabalho e não a demanda dos compradores para o produto do trabalho quando concluída. A demanda por bens não é demanda de trabalho."
John Stuart Mill
J.S. Mill, Principles of Political Economy. 7th ed. Edited by Ashley (1921), p. 79. The full passage reads: § 9. [Demand for commodities is not demand for labour] We now pass to a fourth fundamental theorem respecting Capital, which is, perhaps, oftener overlooked or misconceived than even any of the foregoing. What supports and employs productive labour, is the capital expended in setting it to work, and not the demand of purchasers for the produce of the labour when completed. Demand for commodities is not demand for labour. The demand for commodities determines in what particular branch (of production the) labour and capital shall be employed; it determines the direction of the labour; but not the more or less of the labour itself, or of the maintenance or payment of the labour. (These depend) on the amount of the capital, or other funds directly devoted to the sustenance and remuneration of labour. </titles/102#Mill_0223-02_310>. 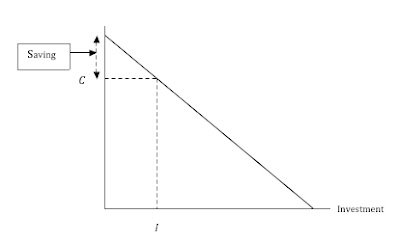 In this month's Liberty Matters online discussion we reassess the economic ideas of John Stuart Mill as found in his classic work Principles of Political Economy (1st ed. 1848, 7th ed. 1871) and other writings. In the Lead Essay by Steven Kates of the Royal Melbourne Institute of Technology it is argued that in the light of the evident failures of Keynesian economics to solve the problems of the boom and bust cycle, and that of ongoing high unemployment and economic stagnation, that we should go back to Mill's "Four Propositions on Capital" for enlightenment. In Kates's view there is "more insight into the operation of an economy than any of the Samuelson clones that have been published to explain what Keynes meant in trying to raise aggregate demand."
Mais
Posted by Dr. Antony P. Mueller at 20:18 Nenhum comentário: 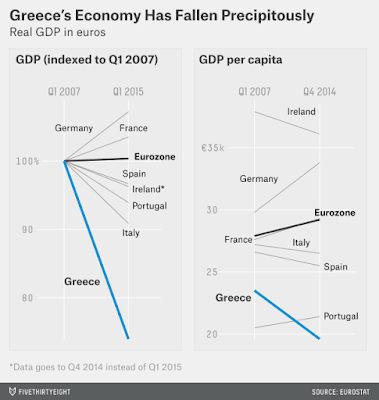 Big Government, not 'austerity', has brought Greece to its knees

Kristian Niemietz
What I admire about the anti-capitalist left is their ability to present their ideas as somehow "unorthodox" and "anti-mainstream", when they are clearly nothing of the sort. Go to any high street bookstore, and you will find that the politics section consists of little else but the tomes of Naomi Klein, Noam Chomsky, Russell Brand, Owen Jones, Ha-Joon Chang, George Monbiot and the other usual suspects. If that is a "neoliberal hegemony", I dread to think what a left-wing hegemony would look like.
Still, I am amazed by how the British left has managed to convince themselves that Syriza somehow represented a break with "neoliberal politics" in Greece. According to Zoe Williams, what Syriza and other far-left parties in Europe have in common "is that they reject the prevailing economic verities”. Meanwhile, Owen Jones has trumpeted that “Outside the Greek finance ministry are cleaners who used to work there […] There is a real sense that maybe – just maybe – the likes of these sacked middle-aged cleaners could be the new masters now.” He adds: “No wonder so many [European] leftists [...] travelled to Athens for this moment. For many of them, neoliberalist triumphalism is all they have ever known.”
Yet after three and a half decades of economic statism and hyperinterventionism, how exactly is a party that stands for economic statism and hyperinterventionism a "break" with anything? Ever since the PASOK victory of 1981, Greek politics has been Fifty Shades of Red, and Syriza merely represents a more glaring shade in this spectrum.
Mais
Posted by Dr. Antony P. Mueller at 21:03 Nenhum comentário: 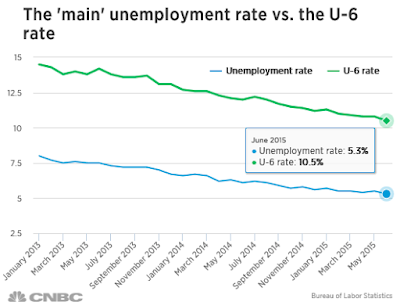 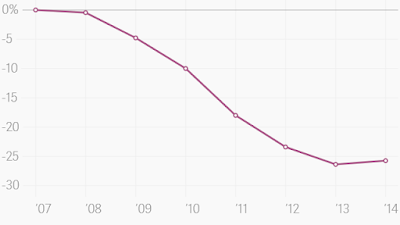 Price deflation is not a disaster, but a blessing

Jesús Huerta de Soto and Philipp Bagus
The ECB has finally launched its own open-ended Quantitative Easing (QE) planning to buy securities worth of €1.1tr euros. This unprecedented move requires a convincing justification. One argument in favor of QE is the low rate of price inflation in the Eurozone which allows the ECB to sell its program as countering a slide into deflation. Deflation is widely considered as the worst case scenario. The Economist claimed that deflation is “the world´s biggest economic problem”. Christine Lagarde called deflation an “ogre.”
But is the deflation phobia really justified? Is price deflation a problem for the economy as a whole?
Mais
Posted by Dr. Antony P. Mueller at 12:23 Nenhum comentário: 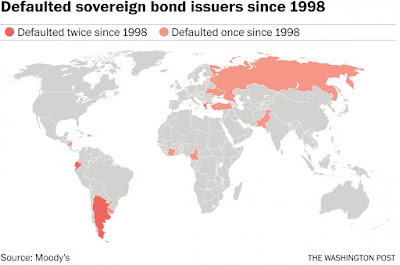